Report Highlights. Two out of every three American homes includes a pet, and 393.3 million pets live in the United States; dogs, cats, and fish are the most popular pets, though preferences for breeds and types of animals vary across regions. 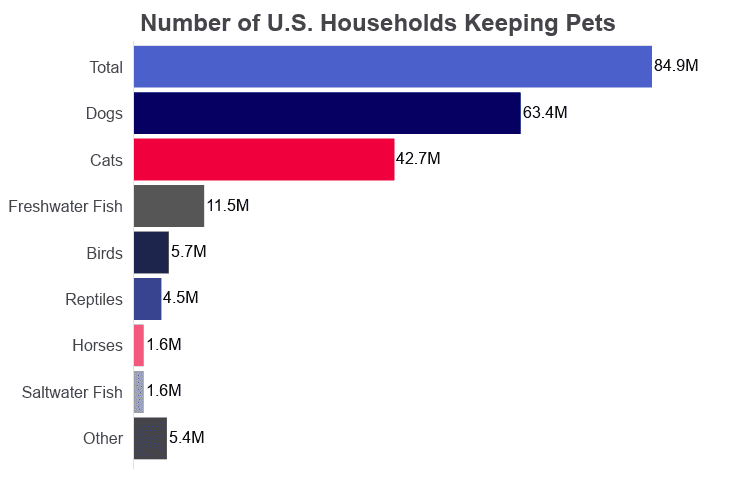 Pet Ownership in the United States has risen steadily in recent decades, with a higher percentage of households owning pets today compared to 40 years ago. 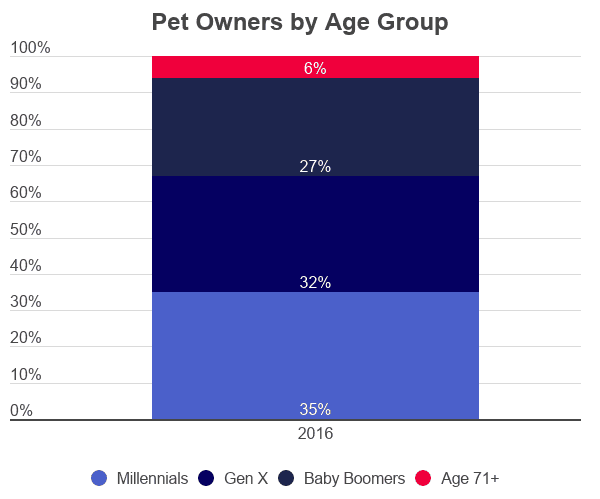 While it appears pet ownership among households has stagnated, there are significantly more pet owners now than there were 30 years ago. This increase may be partially explained by the growing number of medical specialists and counselors espousing the health benefits of companion animals. 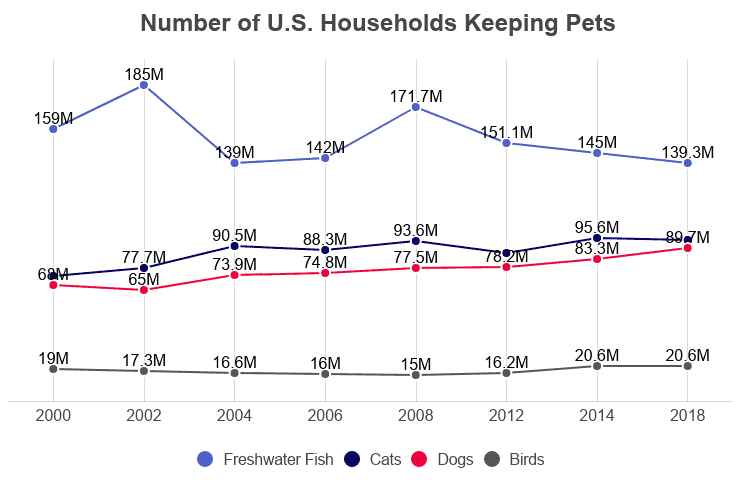 Typically, the term “exotic pet” refers to any non-domesticated animal; this excludes animals like guinea pigs and canaries. The definition of an exotic pet varies by locale, so what is considered “domesticated” in one place may be considered exotic elsewhere. 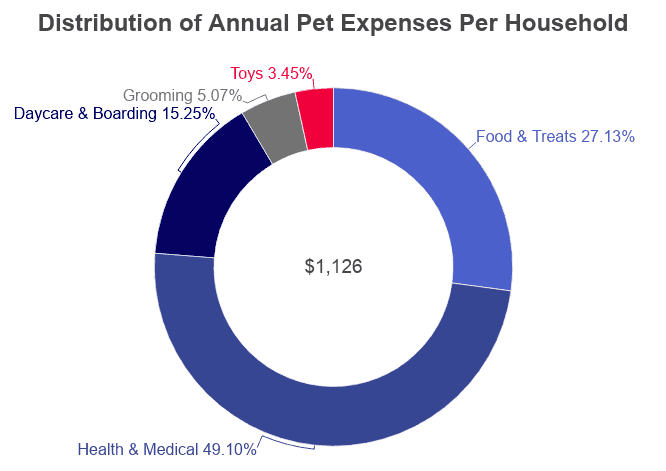 Cost of Owning a Pet

The pet industry is one of the largest in the world, with the majority of its $95 billion-dollar value coming from pet food. Historically, spending for pets seems unaffected by the economy’s performance. Pet owner spending has steadily increased in every area except the purchase of live animals. The latter data may be attributable to increased awareness of animal shelters and the benefits of pet adoption. 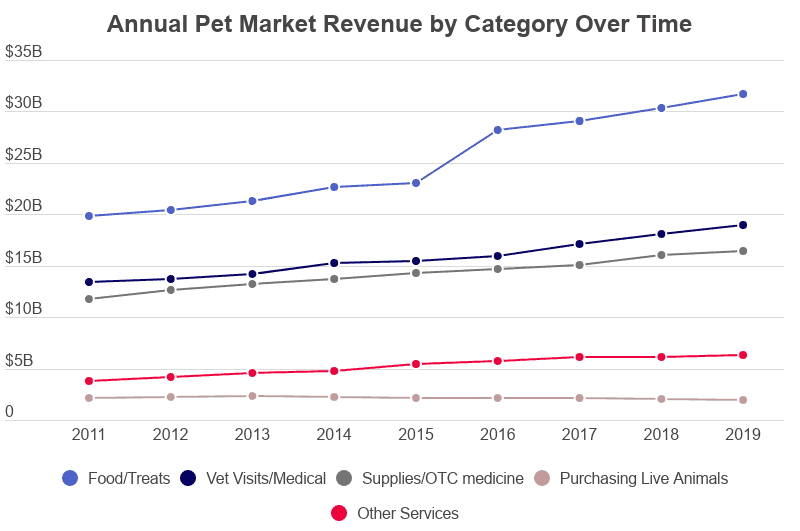 The pet insurance industry is relatively new in the United States, but it appears to be on the rise. Competative companies now offer pet insurance as part of employee benefits packages. 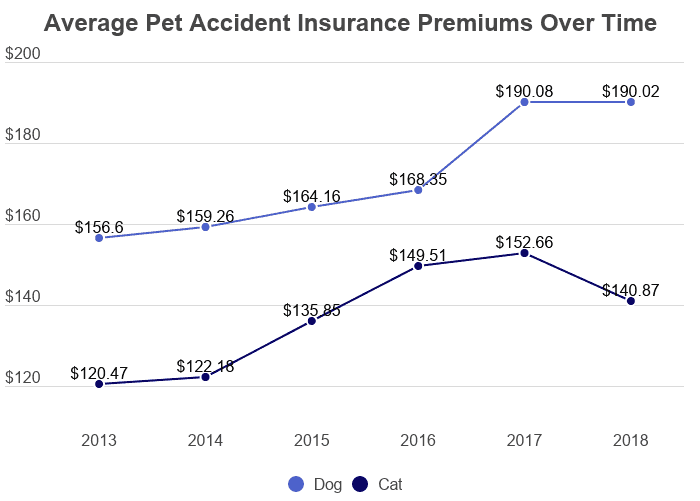 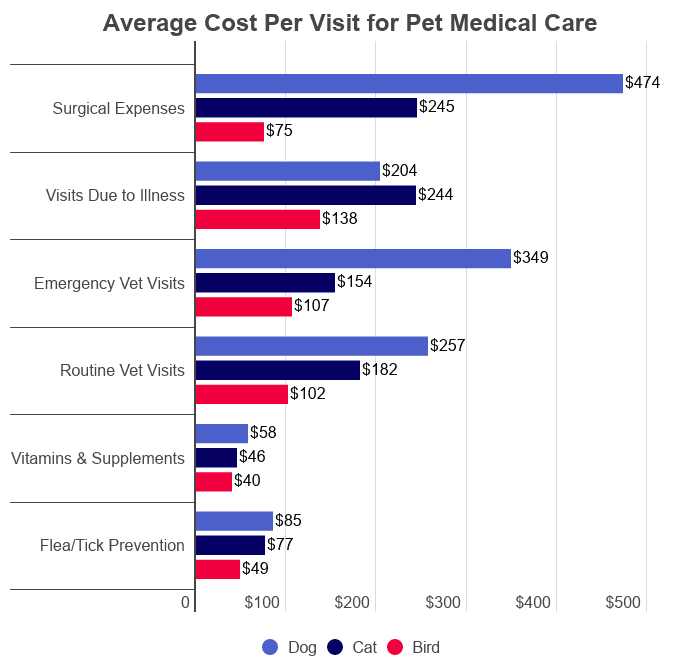 THC, the “high”-inducing component of marijuana, is toxic to dogs. The substance is especially harmful in edible form and may be deadly. This fact little-known fact becomes more relavant with the increasing number of locales decriminalizing marijuana. The American Veterinary Medical Association recommends dog owners who smoke marijuana do so away from their pets and keep their supplies locked safely away.

Medical and healthcare professionals endorse the benefits of animal companionship. Cuddling a dog or a cat is therapeutic. Aquarium fish have a calming effect. These are conclusions derived from scientific and longitudinal studies conducted or endorsed by academic, regulatory, and federal institutions.

A study at Purdue University concluded that daily exposure to an aquarium eases symptoms of Alzheimer’s. Patients who spent time daily observing aquarium fish experienced improvements in quality of life compared to Alzheimer’s sufferers who did not spend 30 minutes each day with a fish tank. 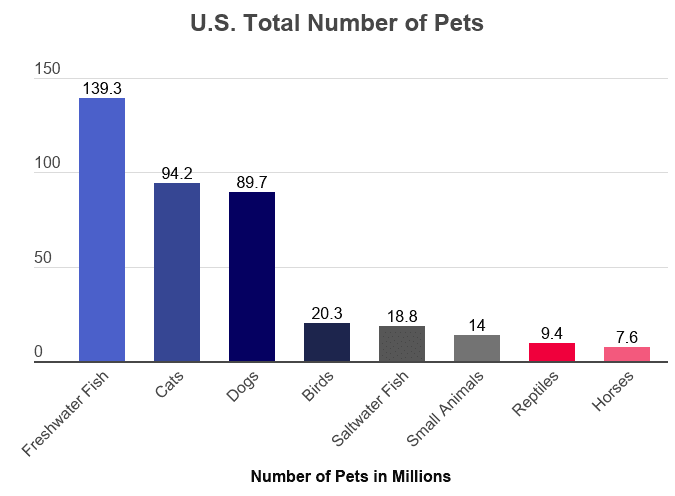 These numbers for the current total pet population do not include community pets. What qualifies an animal such as a horse as a pet versus a working animal is simply being identified as such.