Report Highlights. An animal shelter is a non-profit organization, public or private, that houses and rehabilitates domestic animals. The number of animals entering shelters has decreased in recent decades. While some of the decrease may be due to budget cuts, experts mainly credit public opinion and improved practices, such as population control through sterilization. 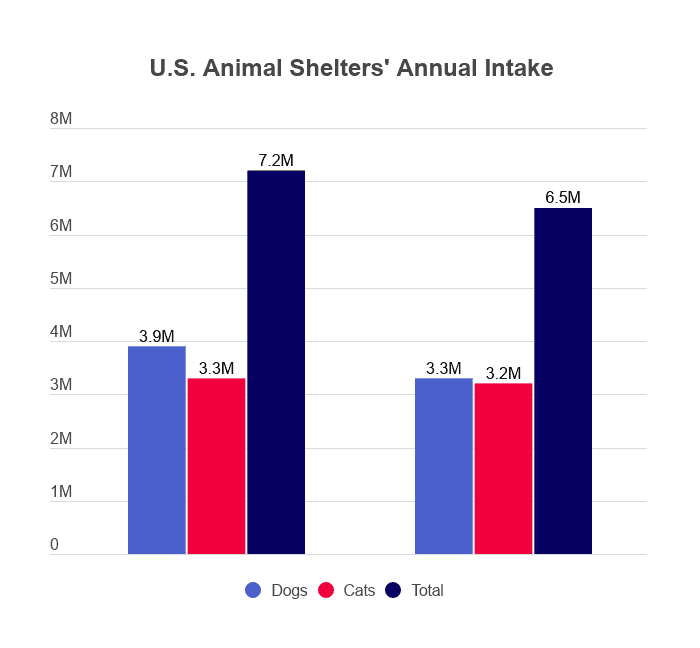 Statistics About Shelters and Shelter Animals

In the last 50 years, animal shelters across the U.S. have diminished their intake numbers. While little available information predates the mid-20th century, a few numbers are available from the era when public opinion about stray animals and shelters began to shift. More animal specialists have come to recognize the value of record-keeping and statistical analysis.

One out of every three family pets gets lost at some point in their lifetime. It’s unknown how many of these runaways end up in animal shelters or rescues. Caretakers can only estimate based on clues, such as whether a cat has been sterilized or has otherwise been to see a veterinarian. 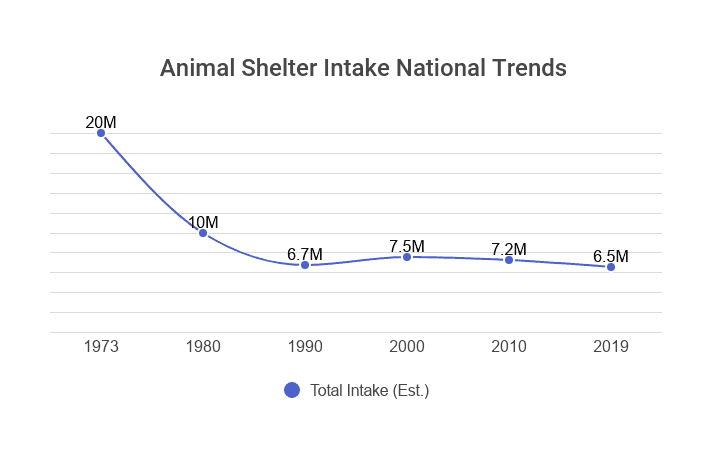 One side effect of falling shelter populations has been the decrease in incidents of euthanasia. The U.S. Food and Drug Administration (FDA) specifies that euthanasia must be painless. Most states have laws regulating the administration and methods of animal euthanasia; a licensed veterinarian must perform the procedure, for example, and must use an approved agent. 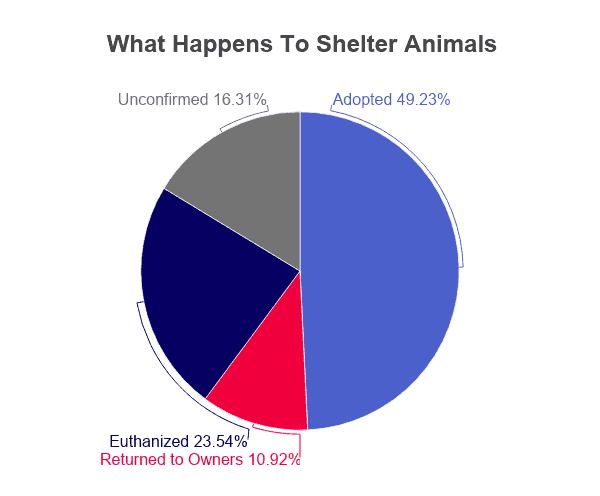 Cats outnumber dogs in many shelters, sometimes by as much as 3-to-1. Pet cats are more likely than pet dogs to spend time outside alone, and they are much less likely to be reunited with owners. Both in and outside of shelters, it’s not uncommon for cats to form bonded pairs; some shelters offer discounts to encourage adopting bonded pairs together, and in fact, the average cat-owning households has 2 cats. 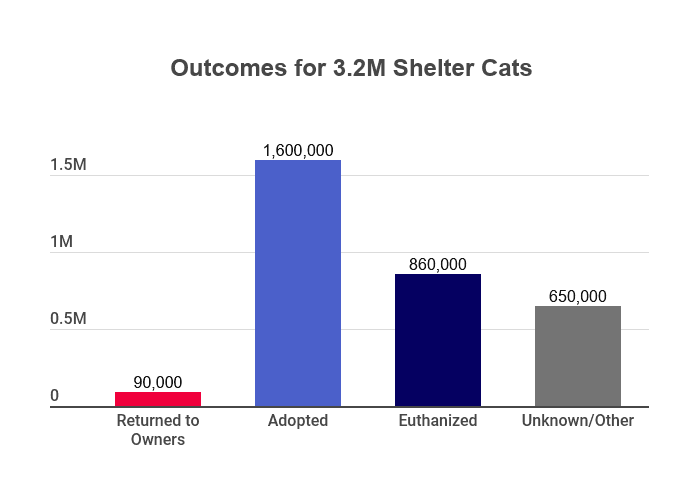 The number of dogs entering shelters is declining at a faster rate than it is for cats. Dog owners are less likely to get their animal from a shelter than cat owners. Some dog breeds are at greater risk than others for euthanasia or long-term shelter stays. For example, smaller dogs are more likely to be adopted and have shorter shelter stays than larger dogs. 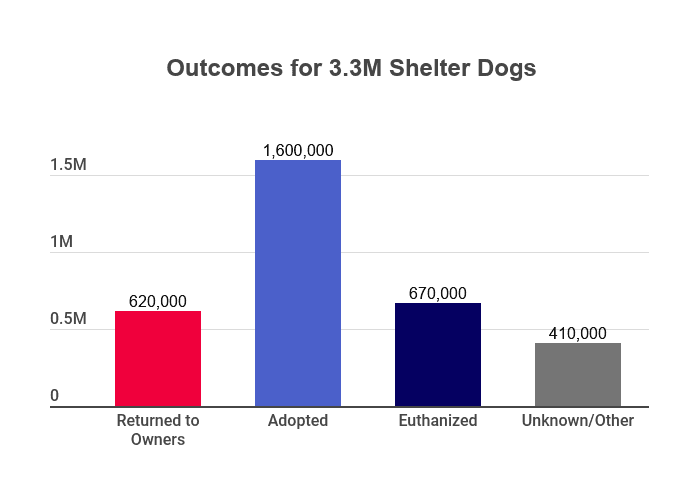 One thing stray animals have in common is that most of them have not been spayed or neutered. Baby animals are common in shelters, where they are especially vulnerable. Proximity to other animals spreads infectious and viral diseases. The extra attention and care that all babies require is often unavailable due to a lack of resources or knowledge. 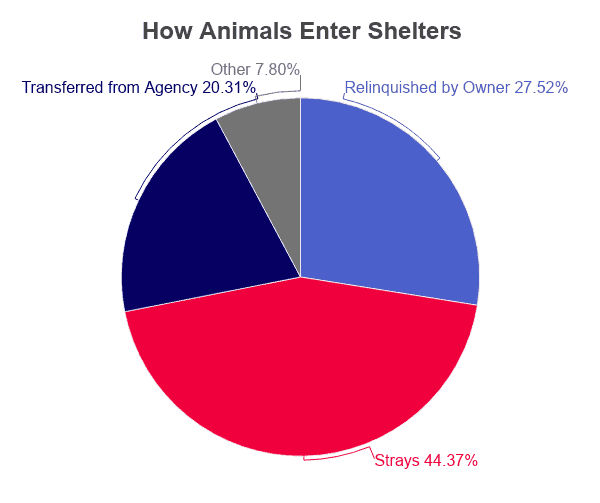 While cats and dogs make up the majority of their animals, shelters generally don’t turn animals away. Many exotic animals have extensive life spans and may spend years living in shelters. Some shelters specialize in one kind of animal that has specific needs and requirements; perhaps that particular animal has a high rate of euthanasia at an average shelter.

Some animals are highly sought by people for reasons other than companionship, such testing, racing, or illegal activities, such as fighting. These animals are often require rehabilitation before they can be considered candidates for adoption. They may also suffer from specific injuries typical of their industry; the most common injury among racing greyhounds, for example, is a broken leg.

Veterinarians and similar animal specialists consider animal shelters an essential service in civilized society. Free-roaming animals spread illness and disease through their waste. More troublesome creatures can cause damage to property while vicious and feral animals may attack people.

Animal shelters in the modern sense have existed in the United States for over 150 years. The very first was founded by thirty women from Pennsylvania and New Jersey, spearheaded by Caroline Earle White. The organization still exists today under the name Women’s Animal Center.

A Warning About Illegal Shelters

The ASPCA has reported an increase in recent years in the number of animal hoarders posing as rescue operations. Some people just have a lot of pets; animal hoarding is a serious psychological condition that is harmful to the animals as well as anyone living in the hoarder household.

If you suspect an animal shelter or rescue to be a case of animal hoarding, please contact your local humane society or city/county authorities.