Report Highlights. “Euthanasia” comes from the Greek euthanatos, which means “easy death.” Euthanasia does not refer to pest control or animals slaughtered for food; it specifically refers to an induced death, usually for animals that are terminally ill and suffering. This is not the only reason an animal may be euthanized, however; in animal shelters, overpopulation and lack of available resources are other common reasons for euthanasia.

Facts and Statistics About Euthanasia

There is little raw data on euthanasia in the United States because there is no national reporting system in place among animal rescue and control groups. Only a few states require shelters to keep records about the number of animals they euthanize; certain organizations, such as research laboratories, are not legally required to keep records of most of the animals they euthanize.

The last major nationwide study on the subject of euthanasia in animal shelters was completed in 1997 by the National Council of Pet Population Study and Policy. Most available data comes from individual shelters or rescue systems. Total estimates, conflicting though they are, reflect a declining trend in euthanizations; the percentage of animals euthanized is also declining, albeit at a slower rate.

Some types of animals are more likely to face euthanasia because of their breed. Pit bulls, for example, have a poor public image and are viewed as inherently vicious. Greyhounds, on the other hand, are often bred for racing; once they are “retired,” many become homeless. 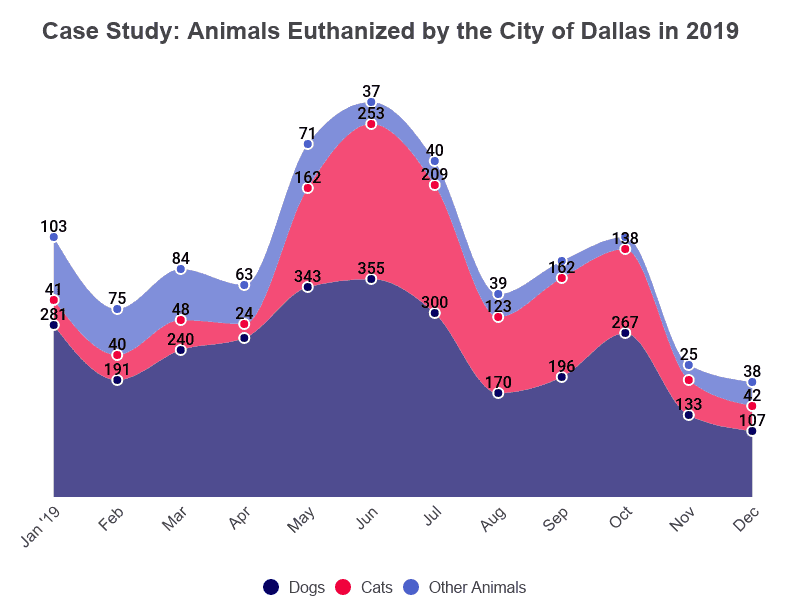 Veterinarians and technicians report dozens of varying reasons for euthanasia. The Veterinarian’s Oath includes the promise to always act in an animal’s welfare and to relieve pain and suffering. Unfortunately, many animals are put down because they have nowhere to go.

Euthanasia in Science and Research Laboratories

Research laboratories are not required to report euthanasia of certain species that are not protected by animal rights laws that specify speed and painlessness as requisites for euthanasia. Most lab animals are unprotected. experimental endpoints often require euthanization of the animals in order to study or collect tissue samples. 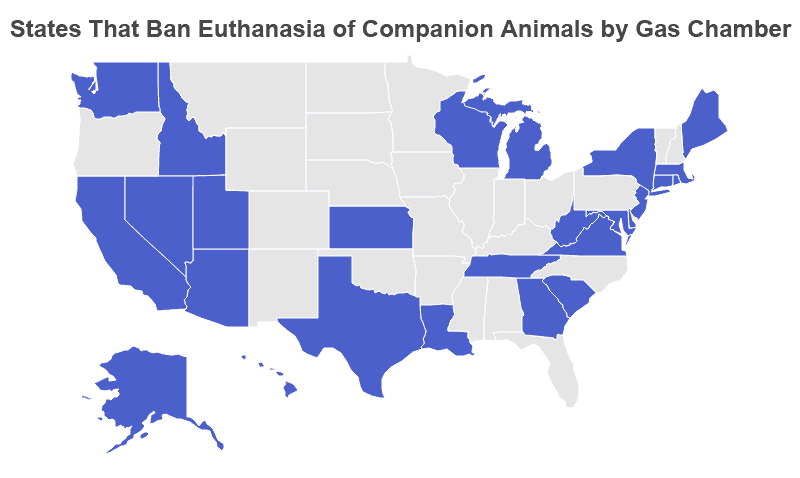 The U.S. Food and Drug Administration’s Center for Veterinary Medicine specifies that that euthanasia must be painless. Most states have legislation regulating who may legally perform euthanasia; typically, only veterinarians or specially licensed technicians are authorized to perform such a procedure. Common methods of euthanasia include gassing, injection, and poisoning.

Any method of euthanasia that causes unnecessary pain or distress is considered unacceptable by veterinarians and animal shelters alike. Many drugs or poisons that have been traditionally used to euthanize animals are among these unacceptable agents. Illegal operations, like dogfighting rings and unregistered puppy mills, still make use of these methods regularly:

Statistics about illegal euthanasia are difficult to pin down for obvious reasons: most criminal operations want to avoid leaving a paper trail, so they don’t keep records. Many of the methods they use to euthanize animals violate animal welfare laws. 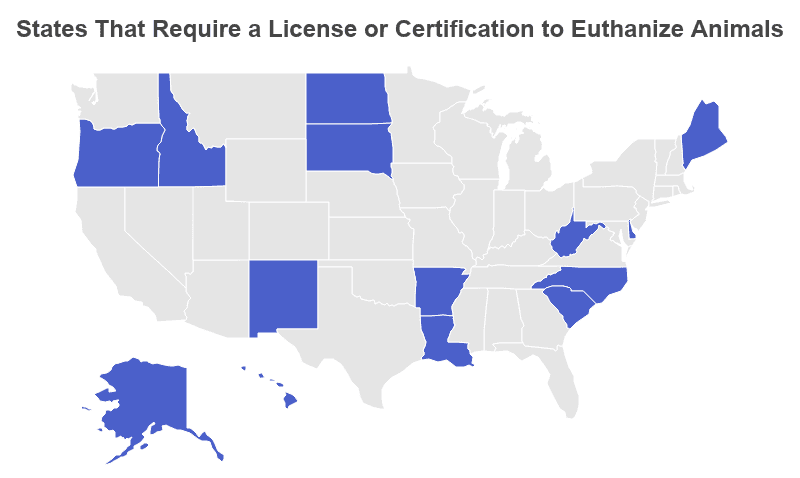 Different cultures have different attitudes toward certain animals or toward animals in general. For example, Americans keep guinea pigs as pets; in Peru, however, guinea pig is a favorite entree.

The concept of the no-kill shelter in the U.S. originates in 1984 when an anomalous spike in national shelter populations meant an estimated 17 million animals had to be euthanized in various facilities across the country. That year, the first no-kill animal sanctuary broke ground in Utah.

The decline in euthanasia can be at least partially attributed to a reduction in shelter intake overall; smaller shelter populations mean fewer animals need volunteer attention, space to live and sleep, and medical care.