Report Highlights. Research from the data science team at SparkysSpots.com revealed the following statistics about the current state of animal shelters in the United States in 2020. 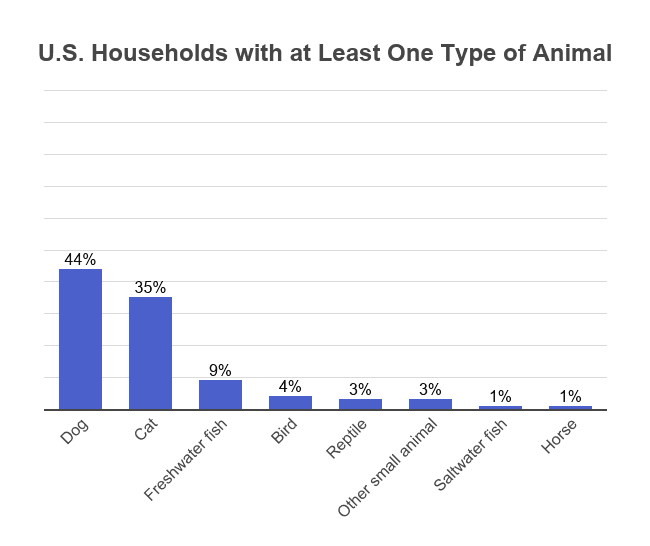 Pets adopted from shelters are often referred to as “rescues.” Shelters take in homeless animals and take care of their medical needs, including vaccinations and spay/neuter procedures. Shelter space is limited, however, and many animals must be euthanized due to overcrowding. Pet adoption saves lives, costs less, and ensures the animal you take home is healthy. 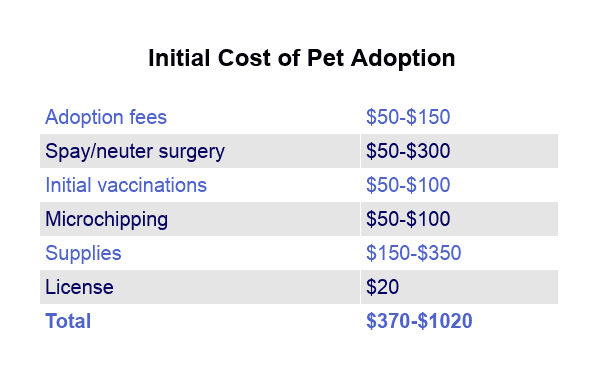 There’s no need to go to a breeder to get a purebred animal. Shelters often have a significant percentage of purebreds. There are even rescues that specialize in purebred animals. The Specialty Purebread Cat Rescue system, for example, has shelters throughout the Midwest.

For most people, adopting an animal is about more than getting a pet. Studies show pets become important members of the household, providing comfort and companionship. Many children with autism and ADHD reportedly thrive working with therapy animals. Pets ease loneliness, increase sociability, and diminish stress.

Sometimes homeless animals are adopted by a small community, such as neighbors in an apartment complex. These adoptions typically involve cats and are unofficial, beginning with one or more community members feeding a friendly stray. Neighbors may also take the cat to a local vet or let it indoors in bad weather. 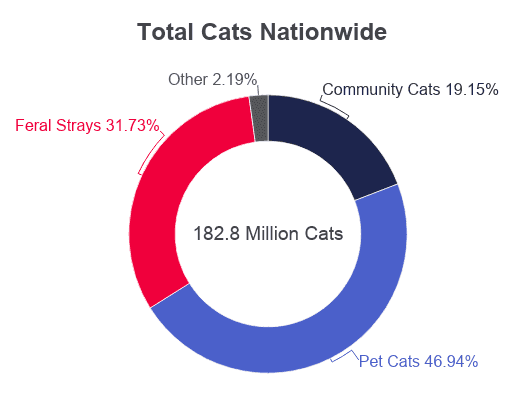 By some estimates, over a hundred million animals live on the street. Most of these animals have not been sterilized, producing still more animals to roam city streets and neighborhoods. These animals can quickly overrun these areas, causing damage to both property and the local environment. Many strays are lost pets lacking ID.

The United States has more pets than any other country in the world, with 86 million households including at least one pet. Pet ownership reduces health risks while improving quality of life. Some owners become so attached to their pets that they come to think of them as part of the family, including them in family celebrations, holidays, and major life events like weddings. 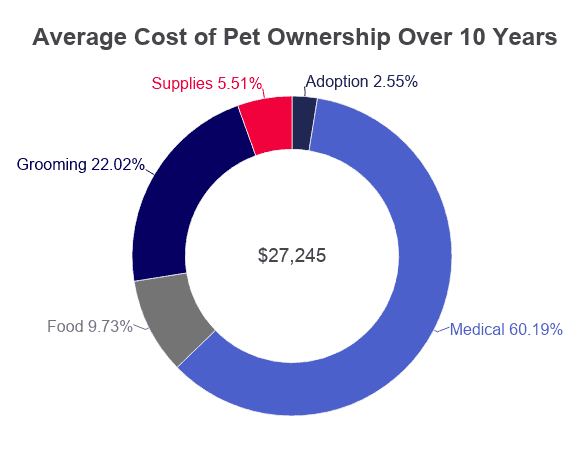 Statistics About Cat Adoption and Ownership

Though friendly, cats are usually aloof. They are a rare example of self-domestication, developing a symbiotic relationship with humans over thousands of years with little interventional breeding. Though dogs are more popular among households, cat owners are more likely to keep multiple pets.

*Some survey responses did not indicate a number of cats owned. 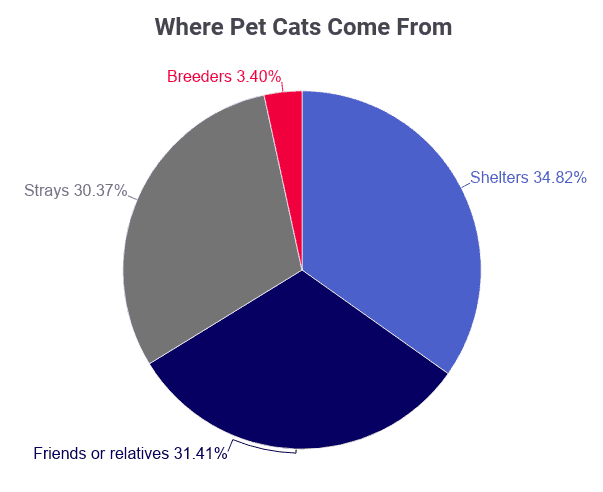 Statistics About Dog Adoption and Ownership

Dogs are among the smartest and friendliest domestic animals. They tend to form strong bonds with people and consider their human families their “pack.” Physicians and psychologists consider them some of the best therapy animals due to their intuitive relationship with humans. 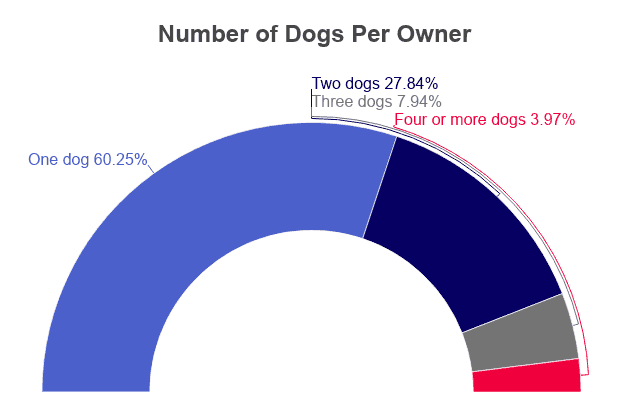 Puppy mills have been legally defined as “dog breeding operation[s] in which the health of the dogs is disregarded in order to maintain a low overhead and maximize profits.” The animals are typically ill with viral infections, sores, injuries, and mental/behavioral disorders. Of the estimated 10,000 puppy mills operating in the U.S., only 3,000 are legal. 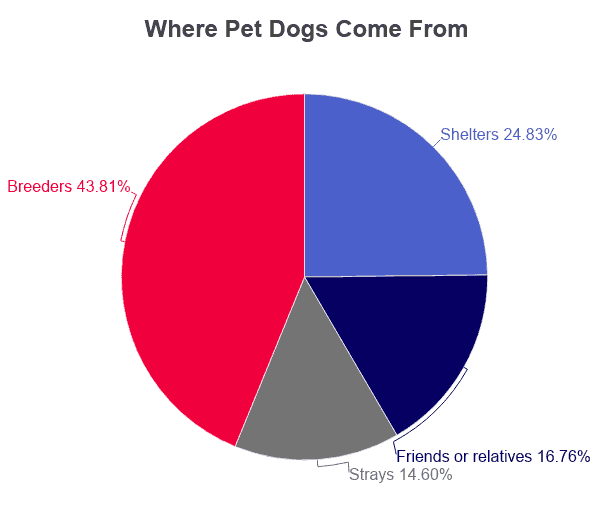 Statistics About Other Animals

Dogs and cats may be the most popular domestic pet animals, but not some people like their pets to be more unique. Shelters take all kinds of animals: birds, snakes, rodents, ferrets, rabbits, and guinea pigs are often among a shelter’s population. These animals all need forever homes just as much as the dogs and cats do.

Exotic pets end up in shelters, too. Be sure to do your research before you adopt. Exotic animals all have unique needs; failure to understand and meet these needs can have dire consequences. Knowing city, county, state, and federal laws about your exotic pet may save you a load of cash and a lot of heartbreak later on. 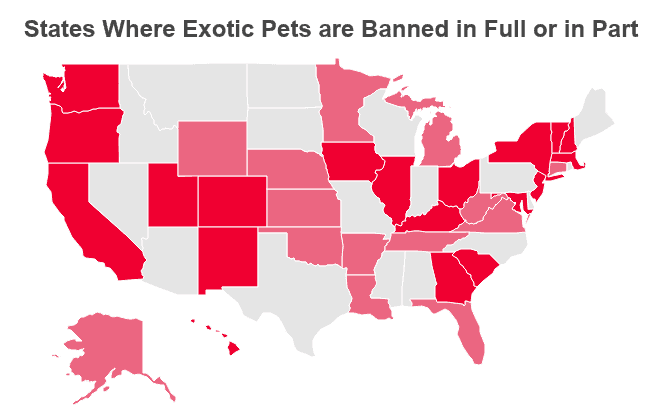