Cost of Microchipping a Pet

Report Highlights. The cost of microchipping a pet is less than most magazine subscriptions. Microchips have helped recover over 3 million lost pets, and statistics indicate that having identification significantly increases the likelihood that a pet will be reunited with its owner.

It’s very easy and inexpensive to buy a microchip for a companion animal. Most veterinarians have them available. There are also microchip implantation kits available for retail purchase, but those are intended for use only by a licensed veterinarian. In order for an implanted microchip to work, its registration must also contain identifying information about the animal as well as how to contact the owner. 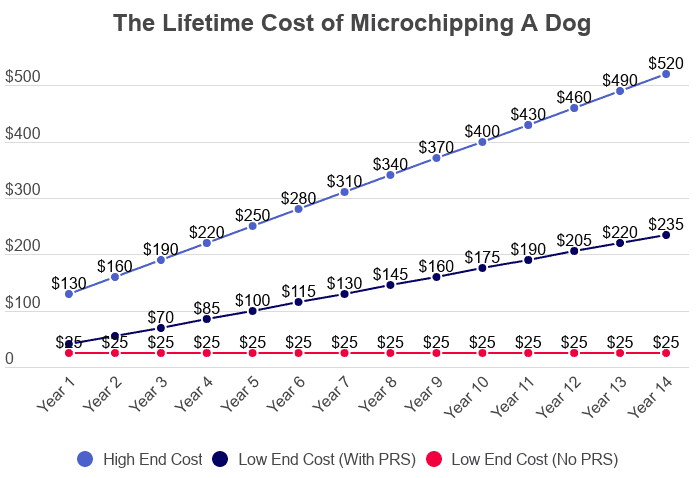 The cost of a microchip usually includes registration with the manufacturer’s database. Additional fees are required to register the chip’s unique identification number with a pet recovery service (PRS). These services are usually offered with a one-time registration fee or a nominal annual subscription.

What Is a Microchip?

Microchips are not tracking devices; they simply store a pet’s unique identification numbers, which may then be cataloged in a database along with any contact information the owner provides. Here’s how it works:

For over 20 years, microchipping has been the only method of animal identification that is permanent; a microchip can’t get lost or fall off. Microchips are also capable of storing a lot more information than a traditional dog tag. Some communities actually require that animals be microchipped so animal control officers and shelters have instant access to their records. 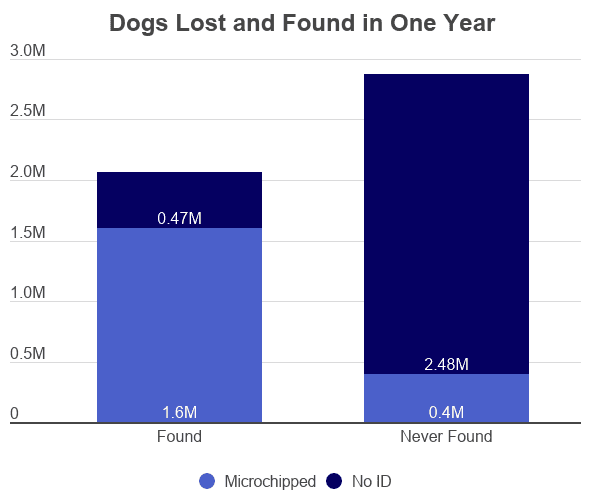 It’s common for pets to get lost, and many are found again. A quick walk around the neighborhood is usually all it takes to locate an animal. Some pets, however, are taken to animal shelters. A microchip, as long as its registration is kept up to date, helps the shelter know how to get the animal home again.